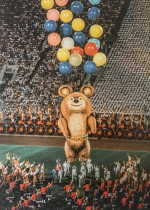 Cosmos Hotel was built in 1976–1979 to receive foreign guests who were to arrive to Moscow for the XXII Olympic Games.
1976 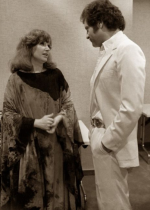 The official opening took place on July 18, 1979. As part of the opening ceremonies, concerts of Soviet singer Alla Pugacheva and French singer and composer Joe Dassin, very popular in the USSR, were held. It was a great celebration which was attended by many prominent political figures, businessmen, pop stars.
1979
During the Olympics-80, Cosmos Hotel housed the Olympic press center. After the Olympics, the hotel was repeatedly used as a site for other international, All-Union and All-Russian events.
1984 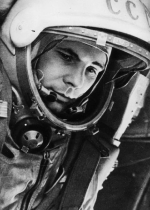 In 1984, the International Congress of Cosmonauts and Astronauts was held in Cosmos; as well as the I World Forum "For a Nuclear-Free World and Disarmament of Mankind" with the participation of A.D. Sakharov. 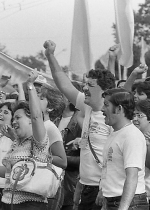 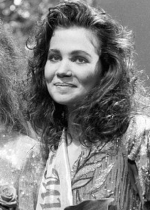 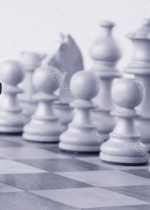 In 1995 - the International Chess Olympiad. 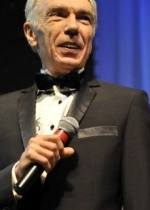 In 1996, the hotel once again housed the press center of a large sports event- the Goodwill Games headed by Mr. T. Turner. Some notable creative events took place here as well: The Morning Star was filmed here, the Crystal Boat competition, and the People's Artist-2 All-Russian project.
1996 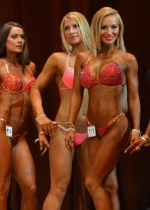 From 2005 to 2014, the annual Conference of computer games developers took place in Cosmos. Other events include International conferences held by the Ministry of Internal Affairs with 48 countries participating (on the level of Ministers and Deputy Ministers), the International Bodybuilding Tournament.
2005
-
2014 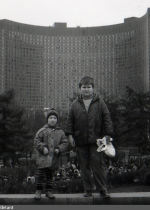 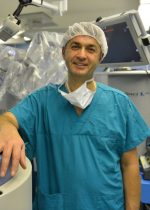 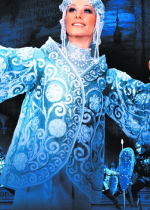 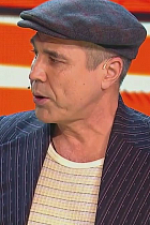 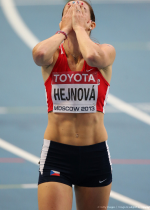 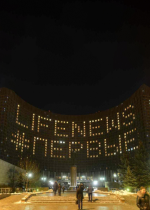 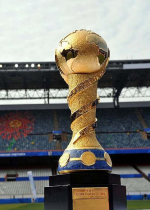 2017 - the hotel hosted fans of the Confederations Cup in Russia 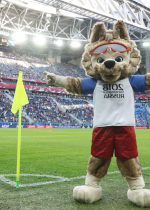 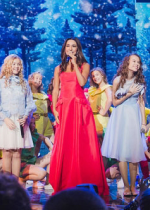 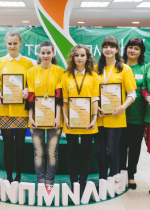 November 2018 - the hotel will host participants of the IV National Championship for professional skills among people with disabilities “Abilimpics”, which will be held in the 75th pavilion of VDNKh (in total, 1.5 thousand participants from all over the country).

The 25-storey Cosmos is located between Prospect Mira, Kosmonavtov Street and Yaroslavskaya Street at a site which once hosted 1-storey residential buildings demolished in early 1970s. According to the original idea of ​​the architects, the semicircular building of the hotel echoed the semicircle of the main entrance to the Exhibition of Economic Achievements and closed the axis of the main avenue of the exhibition, but it was not possible to place Cosmos at the intended location due to the close proximity of Kosmonavtov Street and Prospect Mira. As a result, the hotel was shifted to the northeast, and its massive volume and centric composition set the neighborhood a new axis of symmetry.


The building was innovative in many ways for the USSR: 3-chamber double-glazed windows were used here for the first time, the heating control system relied on data from numerous sensors on the facade of the building, key cards were used to enter the rooms and for payments at the hotel, besides, Cosmos had the very first bowling alley and a quasi-automatic telephone station for conference calls in Soviet hotels. Technical innovations in construction and metal cladding, combined with scale, made the hotel resemble high-tech style architecture.

In 1990, the area between Cosmos and Prospect Mira received the name of the French military and statesman Charles de Gaulle. Fifteen years later, an 8-meter monument to de Gaulle by sculptor Zurab Tsereteli and architect Alexander Kuzmin was solemnly erected on the square in the presence of the acting presidents of Russia and France, Vladimir Putin and Jacques Chirac. 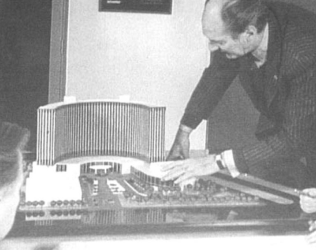 The hotel became the first, after the building of the Tsentrosoyuz by Le Corbusier, experience of joint work of architects of a Soviet country and the capitalist west: for this large-scale manifest project, experts from France were recruited, which was considered the closest friend of the USSR in the West. From the Soviet side, the design team of Mosproekt-1 (architects V. Andreev, T. Zaikin, V. Steiskal; engineers V. Kandaurov, I. Samsonov, N. Ivanov) worked on the project, from the French side - employees of the company “Sefri” (O. Cacoub, P. Zhuglio, S. Epstein), construction work was carried out by specialists from the friendly Yugoslavia. The construction was carried out with the use of technical innovations: a concrete plant worked right on the construction site, the concrete in the formwork was heated by infrared irradiators, bolted joints were used instead of embedded parts. Modern technologies allowed to complete construction in a short time - within just 3 years. When planning the premises, they had to strictly adhere to the Soviet standards, which were not only very different from the Western ones, but also much stricter.

Cosmos Hotel was built to accommodate foreign tourists and delegations and was one of 4 Soviet hotels that had the status of an "international class hotel" and the "suite" room category as per the "Regulations on classifying hotels and hotel rooms into categories" (apart from Cosmos, such were Mezhdunarodnaya hotel in Moscow, as well as "Pribaltiyskaya and Pulkovskaya hotels in Leningrad).
For the purposes of KGB's work, some of the rooms were equipped for private surveillance, photographing and acoustic control over foreigners and their guests. In total, the original design of the building provided for 1777 rooms: 1718 standard rooms with double beds, 53 two-room and 6 three-room suites. The Hotel meals system was designed for 3500 guests. With modern redesign, the ratio of rooms has changed while maintaining their total number at the expense of apartments and suites of different categories. Nevertheless, Cosmos has retained the status of the most capacious hotel in the country, which is confirmed by an entry in the Book of Records of Russia, and has also remained the most visited hotel in the history of the country. In 2004, Cosmos received its 7-millionth guest - an Englishwoman Michelle Collins.


The hotel has 4 restaurants, souvenir, newspaper and pharmacy kiosks, a hairdresser, a beauty salon and a medical center.
Cosmos is a member of the Moscow Association of Hotels and Travel Organizations, the Russian Hotel Association and the International Congress Association.

Its official name is Cosmos Hotel, which owes its location. The hotel is located in the northeast of Moscow on one of the main streets - Prospekt Mira, in a green area, and the windows of the rooms overlook the famous cosmonaut avenue and the monument “To the Conquerors of Space”. After the closure of several of the largest hotels in Moscow, which were soon demolished and ceased to exist, the Cosmos Hotel entered the Book of Records of Russia as the largest hotel with a foundation of more than 1,800 rooms. Cosmos Hotel is the first hotel in Russia where the breakfast appeared in the "Buffet" format. Due to its shape, the hotel received from the Muscovites the joking nickname of "half a cup."

Cosmos became even more famous after the "Day Watch" movie by the notable Russian director Timur Bekmambetov. The hotel was the "headquarters" of the evil forces, and the actress and singer Zhanna Friske, who played one of the main characters in that film, drove along the hotel's "horseshoe" on a brand-new red car, violating all the laws of physics (the hotel guests are still asking to have their room on this side of the hotel). The hotel is loved by film and TV directors, and a lot of filming is done here ("1980s" TV series).

Element has not been found.