Group booking Special conditions are available for accommodations for groups of more than 10 people.
Home → Hotel → News → "The man of my dream, or sort of love"

"The man of my dream, or sort of love" 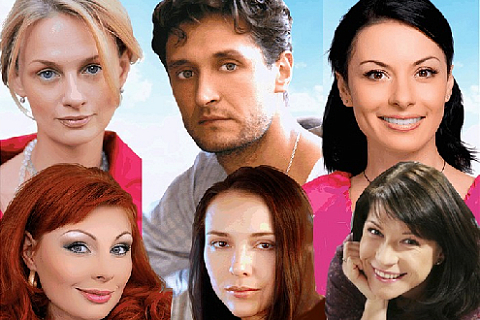 "The Man of My Dream, or Sort of Love"

Larisa Verkhodarskaya, a provincial theater actress, is in her thirties. She is single and has no children. She has almost got used to her solitude which her job and beloved friends make more bearable. And there we go one day - a casual encounter in the theater, compliments, a man's look full of admiration, a romantic dinner which continued at a posh hotel room. Fortune smiled on Larisa at long last - she has met Him, the man of her dream! This is love, no doubt. Friends gather in her apartment just to have a look at her sudden happiness - he is a famous poet, professor of the Moscow State University, a high-born and a simply handsome sweetheart who chanced to be in this small town lost in Siberia! He is coming to Larisa's place. A dream of a man, a pure celebration! That's what Larisa's friends think of him. But they are not aware yet who they are going to actually see! It will be fay beyond their wildest fantasies!

The cast is your favorite movies and TV-series actors:

The author of the play is Vladimir POPOV

The Director is Alexander Vasyutinsky