Group booking Special conditions are available for accommodations for groups of more than 10 people.
Home → Hotel → News → SCHOOLCHILDREN CERTIFICATION ON ACCLAIMED IT PRODUCTS

SCHOOLCHILDREN CERTIFICATION ON ACCLAIMED IT PRODUCTS 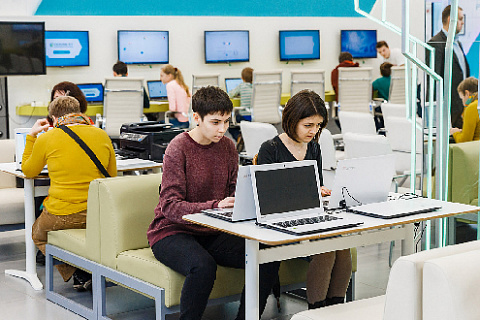 On November 21, the International Certification Olympiad "Trajectory of the Future" will start at the information technology center "Smart City" (Pavilion No. 461) of VDNKh. It is a competition for schoolchildren in the field of information security and English language with the opportunity to pass certification on the commonly used software products of global developers.

The Olympiad is included in the list of competitions recommended by the Ministry of Education of Russia. It can be attended by schoolchildren and students of educational institutions aged 13 to 21 who know how to work with the nominated software. Presently, the participants are being selected through the regional rounds in educational institutions that have received the status of support sites. A modern interactive testing platform is being used for the competition.

Specializations to be certified:

● Oracle. Basics of object-oriented programming in the Java language.

The Olympiad is a great opportunity for schoolchildren interested in programming to prove themselves and to improve their skills.

In addition, all participants of the Olympiad will have the opportunity to get familiar with information technologies implemented at the "Smart City" pavilion of the Department of Information Technologies of Moscow at VDNKh.