Group booking Special conditions are available for accommodations for groups of more than 10 people.
Home → Hotel → News → COSMOS CONGRATULATES ON THE COSMONAUTICS DAY!

COSMOS CONGRATULATES ON THE COSMONAUTICS DAY! 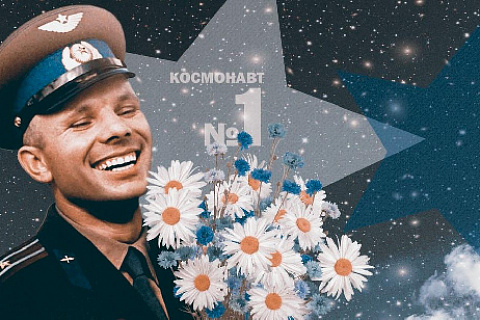 3, 2, 1, let's go! The Cosmos Hotel congratulates you heartily on the Day of Aviation and Cosmonautics!

April 12, 1961 is an important date for Russia and the world, it was the day when mankind came closer to unraveling the mysteries of the enigmatic and boundless universe.

On this holiday, every resident of our country experiences a special involvement to the heroic deed of Yuri Gagarin. After all, it was our Soviet pilot who became the first man in space!

Since then, unexplored space expanses have attracted researchers and dreamers all around the world.

Lawrence Krauss, professor and specialist in astrophysics and cosmology, once wrote:

This is the most poetic thing I know about physics: we are all made of star dust.

You would not be here if the stars had not exploded, because the chemical elements - carbon, nitrogen, oxygen, iron, everything that is necessary for the birth of the evolution and life - were not created at the beginning of time.

They were created in the nuclear furnaces of the stars, and to turn into your bodies, the stars had to explode. The stars died so that you were here today."

Agree that the feeling that we are all particles of a huge universe is terrific!

Space wishes you always to be on top and strive for excellence in all areas of life! Let you see the new horizons, discoveries and positive changes!

In our turn, we are proud that our hotel bears a name that is close and understandable to absolutely all people on Earth. We will continue to do our best to make our guests feel at home, to strive to new stars and a "cosmic" level of service!
Share: