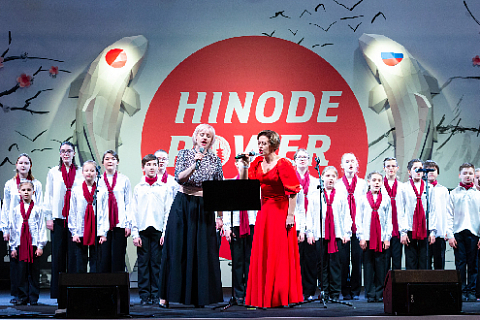 On March 30-31, the largest festival of Japanese culture and entertainment Hinode Power Japan will be held at VDNKh. There are no other similar festivals in Russia or the CIS countries.

The festival of Japanese culture and entertainment Hinode Power Japan was first held in Moscow in 2011. It went under the moto "Meet the Dawn in Japan." Today, it has become a large-scale show of Japanese art.

In 2019, the Hinode Power Japan festival will include various workshops, lectures, shows and other entertainments. Guests of the event will see unique Japanese masters, artists and rising stars of this country.

Artists from Japan will perform in various types of arts: art, martial arts, dance, music. Also, Japanese animation films will be screened, and Japanese prizes will be drawn.

The festival will host a fair where you can buy Japanese goods. Guests can also treat themselves to authentic food in Japanese restaurants and cafes.

Which will certainly be interesting to all the fans is that the Hinode Power Japan festival will host the largest cosplay contest - the final of the Russian qualifying round of the World Cosplay Summit. The winners will present Russia at the championship in the Japanese city of Nagoya.

In addition to the entertainment program, the festival includes a multimedia platform for cultural and business exchange between Japan and Russia.

Ticket price: from 1000 rub. Tickets can be purchased in advance on the event website.